At Common Trust Federal Credit Union, we believe honoring our communities’ past and present is critical for building and supporting our members’ future success. Our new series “Investing in History” focuses on better understanding the foundations of our beloved communities. Next up is Woburn!

In the Name of Expansion

In 1629, the Charlestown settlement was looking to grow its borders and petitioned Massachusetts Bay Colony representatives for access to the land north of Boston. This land was settled in 1640 and incorporated as Woburn in 1642, taking its name from a small village in Bedfordshire, England. Co-founder Edward Johnson served as the first town clerk and is often called the “Father of Woburn”; Deacon Edward Convers, another co-founder, was one of its first selectmen and built the first house and first mill in Woburn.

Until 1803, Woburn remained a primarily agricultural center for the region. When the Middlesex Canal opened, this gave local tanners and leather manufacturers better access to materials, and the leather industry boomed. This led to expansions in both the shoe-making and tanning industries, leading to the establishment of the rubber industry in East Woburn in 1836. By 1885, Woburn was the leading producer of leather in the area; none of these manufacturers are around today because of the Great Depression and other market changes affecting the demand for tanning.

Benjamin Thompson, also known as Count Rumsford, was one of Woburn’s more notable citizens. Born in 1793, he is credited with the inventions of the drip coffee pot and the kitchen stove. In fact, President Franklin D. Roosevelt once said that the brightest minds America ever produced were Thomas Jefferson, Benjamin Franklin, and Benjamin Thompson. Another bright idea to come from Woburn: Charles Goodyear discovered the process of rubber vulcanization in 1839, just in time to revolutionize the world forever.

An environmental trial cast both a shadow and spotlight over the town when, in May 1982, citizens filed a lawsuit against W.R. Grace and Company and Beatrice Foods, accusing them of contaminating local water sources with chemicals linked to cancer. At the time, Beatrice Foods was acquitted and Grace was fined only $8 million; later, the EPA found that both companies were responsible for the contamination. The case garnered Hollywood attention, leading to a book and adapted movie starring John Travolta and Robert Duvall.

Today and Into the Future

Woburn today is a mix of quiet neighborhoods located about 9 miles from downtown Boston. It is still an industrial center and home to vibrant industrial parks and medical facilities. The Woburn Public Library was designated a National historic landmark in 1987, and the new police station opened in 1990. Two silly laws still on the books:

At Common Trust Credit Union, we are proud to support Woburn’s residents and businesses as part of our community of financial leadership. If you would like more information on how to become a member of CTFCU, contact our local branch today to get started! 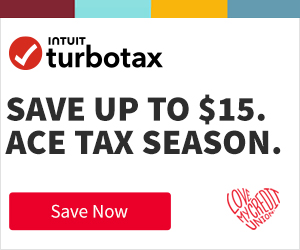 
To download it on your mobile device,
just go to the App Store and type in

Please be advised that Common Trust Federal Credit Union does not represent either the third party or you, the member, if you enter into a transaction. Further, the privacy and security policies of the linked site may differ from those practiced by the credit union.

Please be advised that Common Trust Federal Credit Union does not represent either the third party or you, the member, if you enter into a transaction. Further, the privacy and security policies of the linked site may differ from those practiced by the credit union.